This NFT is a symbol of friendship, peace, cooperation and collaboration between The music artist SHADDOW and MANSA OBI. It is a celebration of the success of NFTBlackMarket and the Internet of Assets. Mark well this NFT will be worth Trillions very soon.

Before making any transactions, use Shazam to check whether the music is original and exclusive or it has been copied from another source, And if you believe the artwork is fake please report, using the button below. 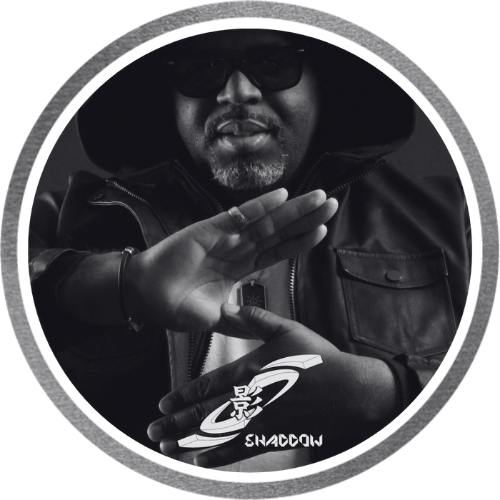 There’s no other way of getting to SHADDOW than for him to tell the story of his own life. As a Dallas, TX native, Shaddow got into music at a very young age. Listening to the old recordings his parents owned of Ronnie Laws, Al Jarreau, Stevie Wonder, and many others, SHADDOW’s love and desire for music performance was born. The music these Artists created made a tremendous impact on his young life as it soothed and aided in helping him get through a troubled childhood. It was no surprise that he would later decide to make music his passion and career. Described as being a modern day Louis Armstrong, SHADDOW carries several artistic abilities - playing saxophone, writing music and lyrics, singing, and performing. To his credit, SHADDOW’s activities and experience is quite impressive. He is a Veteran of the US Army, US Army Band. During a tour in Korea, SHADDOW recorded and toured with Korean Funk Band WINDY CITY and worked with popular Korean Radio personality DJ Dorothy of Arirang Radio. He’s Recorded and Performed with Japanese R&B group READY SOUL. He’s performed and recorded with various other artists such as the rock band ONE NITE STAND, Hip Hop/ Soul Group KUUL-LA & GROOVEVILLAGE and many others in the DFW area. He has also been featured twice on We Talk Radio. He has two officially released singles - Worldwide Party (2012) and Don’t Stop Just Let It Ride (2011) – and his recent, unofficially released Prelude EP (2013). Shaddow is currently working on his next major project – Night Falls Suite Just as Red Chakra (first track of his Prelude Album) implies, Shaddow defines his music and personality as being – “…a new vibe & energetic style of music for the masses. I’m a Jazz Artist. I want to change the listener’s perception and experience of what Jazz is all about. My goal is to positively impact the music culture and the lives of people. I ultimately want to leave a global legacy and historic footprint in music for generations to come… one that people can be proud of… FOREVER. I want to create a movement that people of all ages, gender, and ethnicity can draw a positive energy from to live life in its fullest capacity” – SHADDOW Establishing himself as an industry Musician/ Artist, SHADDOW ranks among some of the best in the industry of entertainment. With a blend of modern and classic pop, jazz, soul, and funk, SHADDOW has developed an eclectic style of danceable energetic jazz music. At first glance it may seem as if his appeal is toward a young generation, however, don’t be fooled. SHADDOW’s positive music and message is for a much larger audience, non-specific to race, gender, ethnicity, or social status. His platform of interest is mixing music, fashion, and import car culture into one type of lifestyle. It is from this platform that his energy and passion is created and driven. “I am all about inspiring and empowering others through music, making a difference in the lives of people. Optimism, peace, creativity, uniqueness, and charity should be our passion. I intend to travel the world to perform music that will awaken people to realize their own infinite potential. My goal is to create experiences that draw out only the positive emotions of desire, faith, love, sexiness, enthusiasm, romance, and hope. My music celebrates the one and only Supreme Being that lives in all of us… the ONE who identifies and connects us all as being ONE Human Race” - SHADDOW

Price of Each Token in The Collection 140

Connect to a wallet

This form is for authentication and gets a golden Checkmark in iAssets.market. By having this Golden Checkmark, other users can be sure that you are the actual artist, musician, or creator. We don't keep this information, and after verification, we will delete all your documents and information you sent to us.

The number of your tokens :

How many Tokens do you want to Burn?

Number of Tokens you can Burn :

What do you want to create?

All your NFTs are safe and secure

We will update and rebrand this website step by step.

ASSET is the new token

Only swap your NBM Tokens (OLD) to ASSET Tokens (NEW) in this Website: